Arthur grew up in Cromarty before going to boarding school in London. On his mother’s side there is over 200 years of Cromarty history, he is proud of his heritage and has maintained his Cromarty connection . In a 20-year career as a Management Consultant he travelled extensively with periods living in Europe, Africa, Latin America and the United States. Blackhaven is his debut as a radio podcast actor, a challenge he has taken on with much enthusiasm.

His unfulfilled ambition is to live in Cromarty in perfect harmony with his wife and family. He enjoys nothing more than the being in Cromarty, the history, the people, their immense talent and the outstanding sense of community. 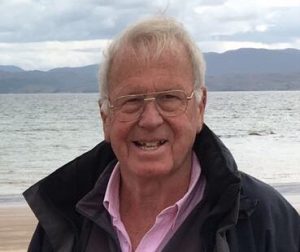 DAVID COWAN          (Augustus Morte,  Rev. Esau Leviticus) always wanted to be a professional folk singer, but after one appearance on STV in his early 20’s he reluctantly came to realise that a high-powered business career would be more likely to give him the lifestyle that was his due.  And so, after a high-powered business career, he retired in his early 50’s to resume his calling as a hard-up, mainly-out-of-work folk musician and an unpaid dogsbody and trustee of the Cromarty Arts Trust – a fantastic charity promoting arts and education on the Black Isle.

Sadly, David passed away this year (2019). He will be greatly missed. Augustus Morte and the Rev Leviticus will be taken on by other members of the cast. 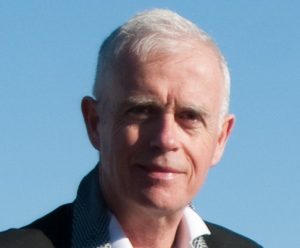 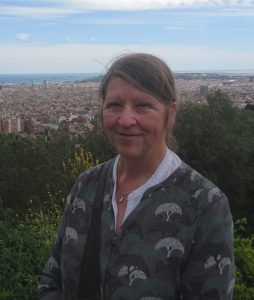 BRUCE MORRISON          (Dr Sam Leckie)  is a local of these parts and is mildly hypochondriac, somewhat squeamish at the sight of blood particularly, and is not altogether comfortable with the world of the supernatural.  He is very inexperienced in the theatrical sense and therefore can’t quite grasp why he was cast as the good doctor! But as with everything he’s up for giving it a go.  His main pursuits are coastal rowing, music and the odd libation not all of which are mutually exclusive. 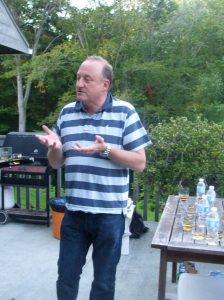 JON PALMER              (Fergus Lamentable, Jim & Jeffrey Rogue)  has been known to make a living as an actor, and artistic director of a couple of touring theatre companies, based in the north of England-shire. He has, however, more recently found fame (and misfortune) as the celebrated cheesemonger of Cromarty. His quirky Dutch cheese shop in the heart of the Highland town, which he runs with his wife Emmy, is of course a cover for more spurious endeavours such as producing plays and cultural events in and around the Black Isle – at no expense to the taxpayer. This he considers a far more equitable arrangement compared to a lifetime sponging off the state.  Having said all that he would honestly say his most satisfying creative outlet is his garden. Never stand between a man and his brassicas. 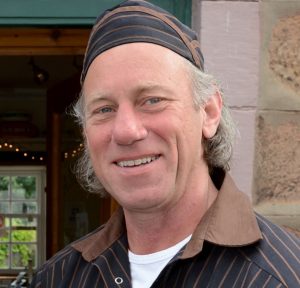 MARJORIE PATERSON          (Doris Macallan)  has retired from primary-school teaching, so no longer struggles to and from work with carrier bags full of ‘art and craft materials’.  (‘Art and craft’ have a rather different meaning in Blackhaven….)  She likes her allotment; learning Gaelic; music of the folky kind; painting flowers; semi-colons, and writing with a fountain pen.  She also loves her cello and has a special escape plan for it, in the event of a fire. 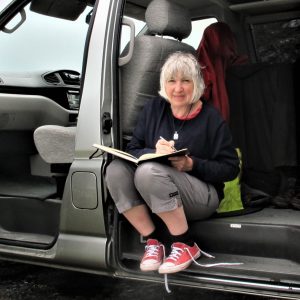 JEREMY PRICE          (Inspector Macyard) once had a career that ended early and successfully, giving him time to pursue his other great loves in life.  Failing to catch them due to advancing age and sports injuries, he now writes humorous sketches, stories and poems, plays a bit of golf and tries his hand at acting and stand-up comedy once in a while.  He appreciates malt whisky, wine and cocktails, dabbling in all of them frequently.  (Should that be paddling?  Ed)  His ambition is to grow old enough to be a burden on his family and society. 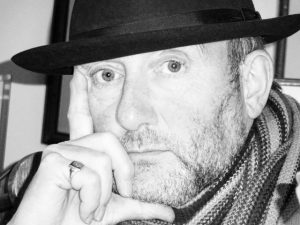 JULIE PRICE          (Phyllis Ferrier) is a botanical painter who also produces detailed paintings of insects.  Which is fortunate considering the acting types she now associates with.  Having performed drama at a young age, Julie is now reinventing herself as a comic actor for local productions.  Her passion is Scottish Country Dancing and for several months of the year is seldom to be seen at home in the evenings, preferring to trip the light fantastic to the appropriate strains rather than suffer her husband’s attempts at playing the guitar. 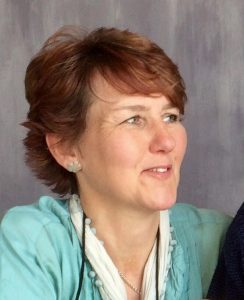 ALISON SELLER          (Narrator Kirstie Bisquit, Brigitta Bovril)  began as a baby and, increasingly, wishes that life worked in reverse.  She’s a West Coaster who’s ‘gone to the East’, but please don’t hold that against her.  She has had a few career incarnations – diplomat and cartographer, not amongst them.  Mostly, she has tried to teach teenagers about religion and philosophy . . . why?  Nowadays, she writes poetry and listens to the waves.  Oh, and Theo . . .  sometimes.  In an imperfect world, there is still Cromarty, and that has made all the difference. 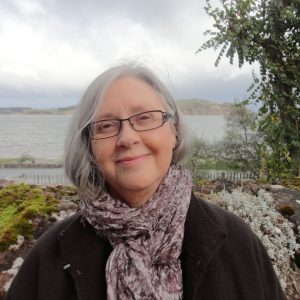 THEO SELLER         (Seymour Strangely, Tufty McNicol, Rev Leviticus) used to be a bookseller.  He has been performing in sketches and plays mostly of his own devising, for several years, mainly in Cromarty.  Finding life in the “real” world somewhat baffling, he prefers to make things up.  He has written a number of albums of music, short stories, poems etc, but has decided comedy probably suits him best. Readers may not all agree.. He happens to be married to Alison, another member of the cast.  Make of that what you will.  WLTM Scotophile “angel(s)” with generous nature and GSOH. 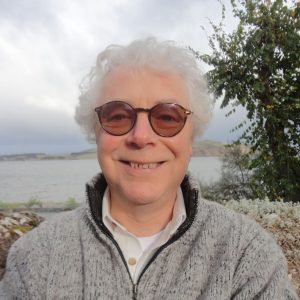